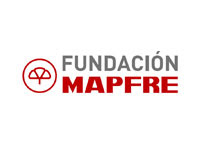 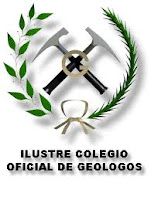 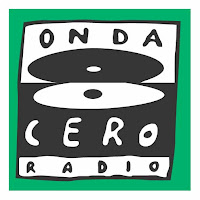 MASSIVE GROUNDWATER WITHDRAWAL IN THE VICINITY OF MAJOR SEISMOGENIC FAULTS: A NEGLECTED QUAKE-HAZARD? EXAMPLES FROM THE LORCA SEISM AND THE SAN ANDREAS FAULT


A few days after ABC and other journals published my article "Three seismic news, Lorca, L'Aquila and Torrevieja" I received many comments about the controversy surrounding the l'Aquila verdicts, which impelled me to write a second article (The l'Aquila trial, a conviction of scientific activity), as well as the Torrevieja pedagogical initiatives, and of course the hydroseismic phenomena (that is to say, the possibility that the violent extraction of 250m of underground water was able to contribute to the generation of the earthquakes).

One of these commentaries came from an author of whose research I became aware of, in July 2011, when I went to study the Lorca aftereffects in situ: Miguel Doblas, precisely he who had studied the hydroseismic effects of the Lorca earthquakes, and who I mentioned in the aforementioned article.

This comment from him was for me a very welcome surprise and we began an email correspondence. After several conversations, he expressed how grateful he was for being mentioned in my article since it was one of the few times he had received acknowledgment for his work in the media. His work was well-known by experts in this field, so, when just last week, his data were presented with much fanfare in international media, with no reference at all to Doblas, it struck me as very strange, and I couldn't help but to ask him what he thought of the situation.

I would prefer not to repeat the response he gave me.

I invited him to write an article for my blog and he sent me this article, from September 2011, presented at the 1st Congreso del Instituto de Geociencias de Madrid.

MASSIVE GROUNDWATER WITHDRAWAL IN THE VICINITY OF MAJOR SEISMOGENIC FAULTS: A NEGLECTED QUAKE-HAZARD? EXAMPLES FROM THE LORCA SEISM AND THE SAN ANDREAS FAULT

Many documented examples of substantial water-extraction triggering ground subsidence and/or deformations occur in highly populated areas exposed to strong seismic risks (Mexico City, Jakarta, Teheran, California). Surprisingly, this hydrological geohazard is not considered in quake forecasts in the world, even in such threatening lineaments as the San Andreas fault of California (WGCEP, 2008), in spite of unbiased warnings as those issued by seismologist Leonardo Seeber after the 7.6 Mw event devastating India in 2001: “Widespread water withdrawal by pumping might be a factor in the Gujarat earthquake” (Vu, 2001; and, Leonardo Seeber, personal communication). The only possible exception to this generalized negligence on the risks of human-induced hydroseismicity has been suggested by Garduño-Monroy et al., (2001) in Mexico (Morelia, Michoacán) where a clear association has been described between aquifer overexploitation and potentially earthquake-triggering faults.

A 5.1 Mw earthquake occurred in May 2011 along the reverse/sinistral Alhama de Murcia fault (AMF) in the Lorca region, being the deadliest in Spain for 50 years (IGN, 2011). Even if this fault belongs to an active tectonic zone (Martínez-Díaz, et. al., 2011) seismicity was anomalous in several respects (fig. 1A): 1) the extremely shallow depth of the main shock (1km; USGS, 2011), near the base of the GB, as well as the aftershocks; 2) the migration of the foreshock/aftershocks sequence from the AMF towards the GB; 3) the off-fault location of the shallow aftershocks clustering in the GB; 4) the spatial coincidence between the seismic epicenters (IGN, 2011) and the maximum basin subsidence as described by González and Fernández (2011).

These authors found out the highest rates of land subsidence in Europe resulting from massive aquifer pumping for water irrigation in the Guadalentín basin (GB), (fig. 1A), even if they didn’t mention a word on the tectonics or seismicity of the region. All the data we have just exposed point to a cause/effect relationship between anthropic water extraction and seismicity which might be termed groundwater-depletion/induced-seismicity (GDIS) and which definitely played a role in Lorca. Our innovative human-induced hydroseismic hypothesis for Lorca was widely publicized in 2011 in the media and in a scientific congress (Doblas, 2011a, b, c).

Although the mechanism by which water extraction induces earthquakes is poorly understood (Wang & Manga, 2010), we speculate that hydroseismicity in Lorca might result from a complex interplay between three processes (figs. 1B and C): 1) reduction of the pore fluid pressure; 2) compaction of the aquifer; 3) reduction of the vertical load of water.

Water extraction seems a paradox as a trigger of seismicity since it reduces the pore fluid pressure, thus increasing the AMF clamping stress and stabilizing it by increasing the effective normal stress (Holzer, 1979; Segall, 1989). However, the two other processes mentioned before tend to decrease the AMF clamping stress, promoting failure. Decades of aquifer forcing by fluid extraction might trigger huge differential compaction rates capable of enhancing seismicity once strains reach certain critical values, as described in California by Yerkes and Castle (1976) where extreme vertical and horizontal displacements occurred.

Compaction of underground reservoirs by fluid extraction also decreases the normal stresses, reducing the effective shear strength on seismogenic planes close to failure (Segall, 1989). The reduction of the vertical load due to the removal of large masses of groundwater by pumping triggers elastic expansion of the lithosphere and crustal uplift (Holzer, 1979). However, shallow-seated land subsidence by compaction of unconsolidated alluvial aquifers (Lorca; González and Fernández, 2011) tends to mask surface expressions of the deeper-seated elastic expansion of the lithosphere (Holzer, 1979).

In conclusion, the hydroseismic model for Lorca might be envisioned as follows (figs. 1B and C): 1) massive anthropic water extraction progressively compacted and deformed the GB aquifer via large vertical and horizontal strain changes, decreasing the AMF clamping stress; 2) vertical unloading by the loss of water increased the differential stresses further destabilizing the AMF thrust, although the uplifting tendency of the basement was inhibited by NW regional compression; 3) the accumulated differential stresses finally unclamped the AMF during the seism at the base of the water-depleted GB; and, 4) the aftershocks clustering below the area of higher subsidence might correspond to the upward readjustment of a basement horst activated by the earthquake, allowing some elastic expansion of the lithosphere.

Three apparently unconnected Californian observations make the GDIS hypothesis suggested for Lorca (Fig.2a), even more intriguing on a larger scale such as the most famous fault in the world (the San Andreas fault in California). A) The southern/locked San Andreas Fault segment was the site of the largest earthquake in California in 1857, and presently it still bears the highest probability of a big seism (WGCEP, 2008; Kerr, 2011). In fact, deep tremors and micro-earthquake swarms are scrutinized along the Parkfield/Cholame segment, in case such activity might forewarn a big earthquake (Nadeau et al., 2009; Thomas et al., 2009; Shelly et al., 2011). B) Significant hydrological-induced variations of the stress field along the southern San Andreas fault have been shown to trigger seasonal variations of the seismicity (Parkfield segment; Christiansen, et al., 2007) and extra-loading strains (Salton Sea; Brothers et al., 2011). C) Recent gravity-based satellite findings reveal major groundwater loss by unsustainable agriculture along the Californian Central Valley (bounding the San Andreas Fault), a state-wide environmental crisis widely exposed in the media: “From October 2003 to March 2010, aquifers under the state’s Central Valley were drawn down by 25 million acre-feet, almost enough to fill Lake Mead, the nation’s largest reservoir” (Farmiglietti et al., 2011).

The maximum water depletion concentrates in the SW tip of this valley (San Joaquin basin), in close contact with the most seismically-hazardous sector of the southern/locked San Andreas Fault (fig. 2b). If we match up A, B and C, bearing in mind the Lorca case, we believe the GDIS hydroseismic hypothesis is conceivable and should seriously be considered in southern California in future quake-hazard evaluations.